For Drew’s 7th birthday, he wanted a Star Wars Theme Party. I started really planning his party in January and slowly worked on projects as the end of February drew closer. Then it was crunch time and my mom and I spent the last week running around and cramming as many of the fine details as we could fit into a 2-hour party. I know without her and a few of my other friends (Lauren, Aaron, and Marie) there would have been no way I could have done it all! Oh, and before I forget, my husband was the mastermind behind the paper lantern Death Star. I feel his creativity deserves some acknowledgment.

For the invitations, I used printable postcards. I copy/ pasted images of Darth Maul and Yoda and then downloaded a free Star Wars font to use for the invite’s information. They were pretty simple to make and convenient in case I needed to print more.

Backdrop: I took a black, plastic tablecloth and splattered it with white paint for the “stars” effect. I accented it with a DIY Death Star, a plastic bouncy ball, and an actual plastic planet for the planets. Crazy, I know. 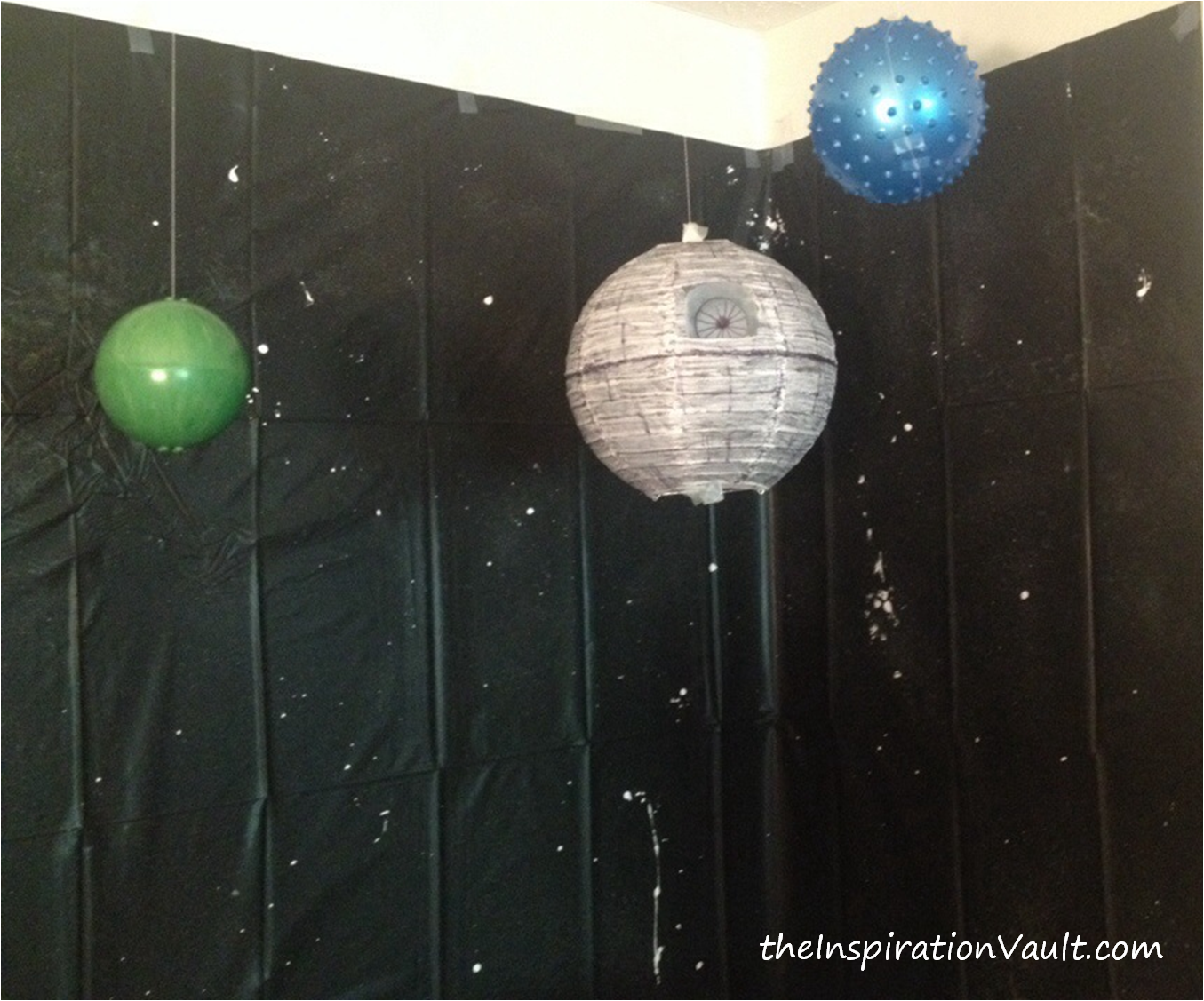 Death Star: I used a marker to color a paper lantern then used part of a milk jug for the indention/ ray gun. I simply cut it out and glued it on. 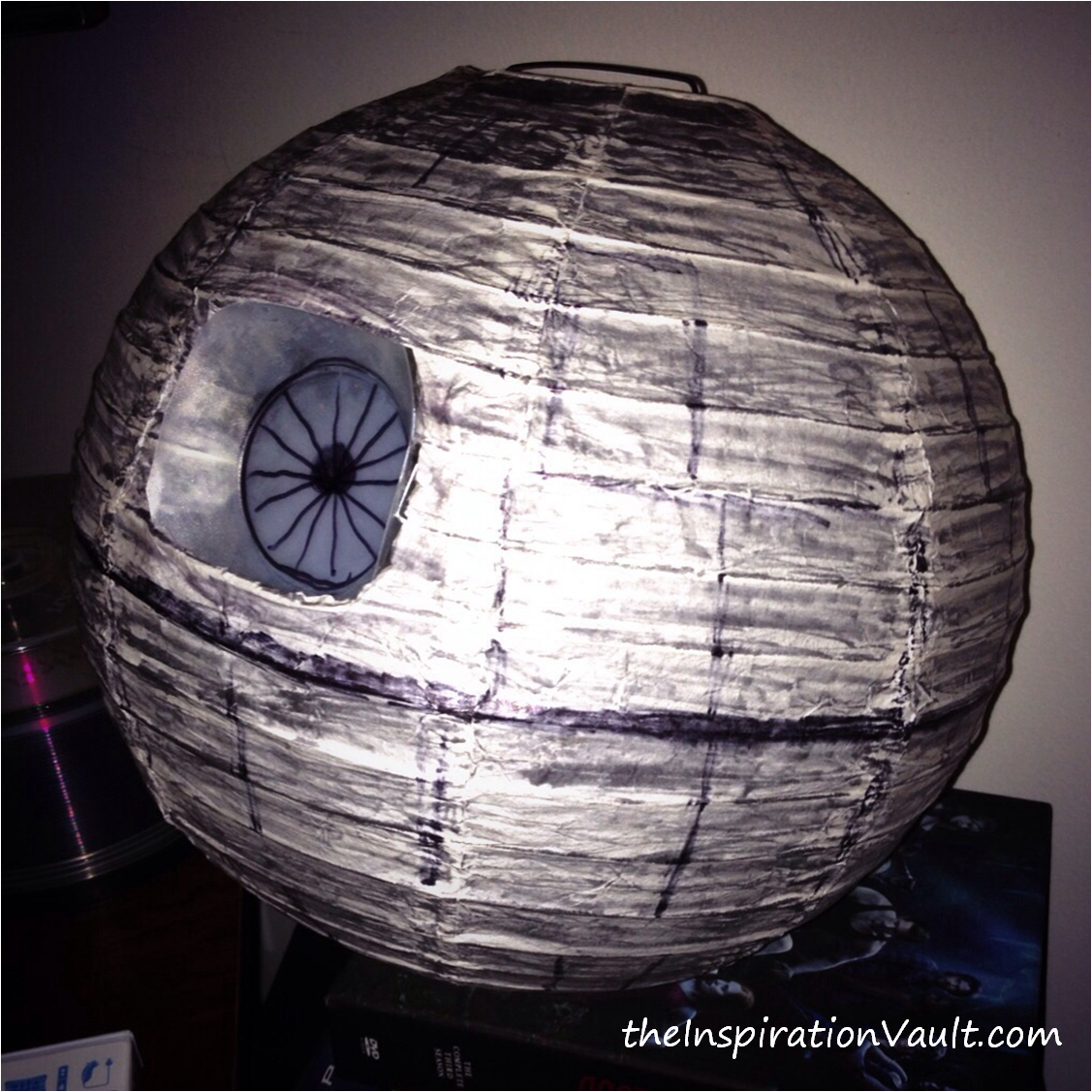 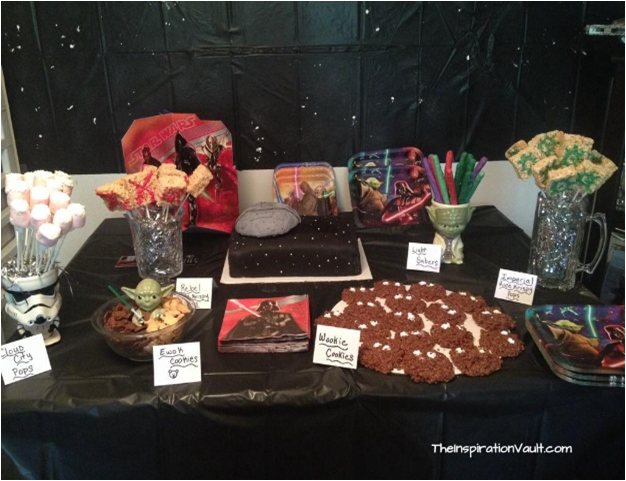 I made this Death Star Cake myself. The base of the cake is a basic yellow cake with a thin layer of buttercream frosting, then a layer of black CK brand fondant. I used white sprinkles for the stars. The Death Star is Rice Krispies treats formed in the bottom of a bowl. I made the indent by scooping out a portion with a spoon. I then covered that with a thin layer of buttercream and then gray fondant. I cut additional pieces of fondant to add to the detail and accented those with a skewer and edible ink for the indents and holes. 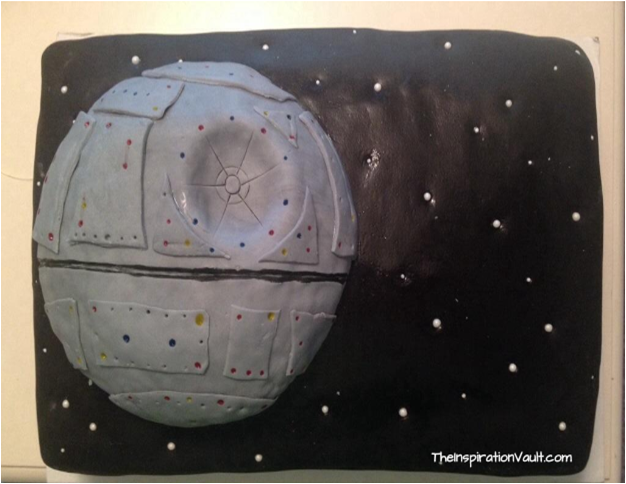 We played “Pin the Lightsaber on Yoda” and Jedi Balloon Pop. 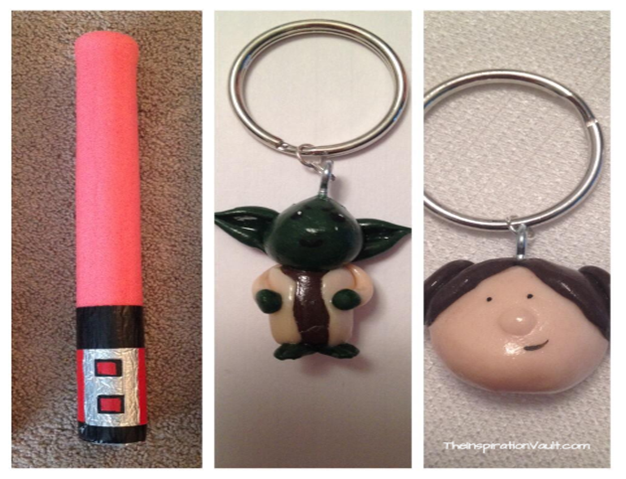 With the new Star Wars movies coming out every year now, we’re sure loads of little Jedis-in-training will want a Star Wars party, too.

If you’re looking for great deals on goodies for your piñata or favor bags or even party decorations, you have to see Oriental Trading’s Coupon Page. 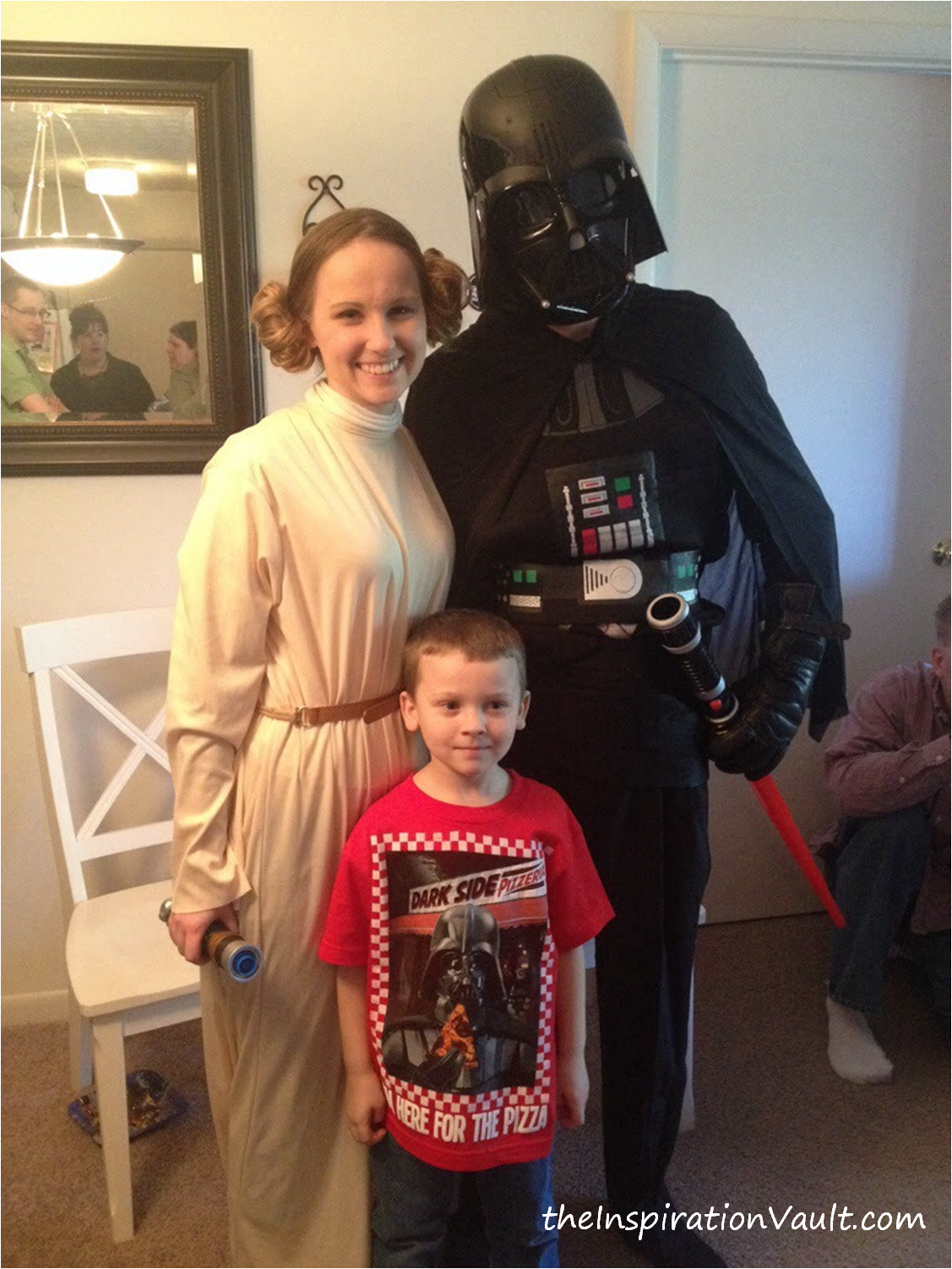 If you’d like to see more amazing ideas, visit our Star Wars Party Inspiration Board on Pinterest.