I never realized how many cute ideas could come from a mini bow and arrow set. They can be used for Cupid’s bow and arrow for Valentine’s Day, an Indian bow and arrow, or Green Arrow/Hawkeye’s for a superhero party! For Drew’s Lord of the Rings birthday, all the kids got to decorate a mini bow and arrow, to resemble Legolas’. I didn’t anticipate how much the kids would like them. A year later, I have kids tell me they still have theirs! These simple Mini Bow and Arrow Favors take little effort and are super cheap to make. They average only about ten cents a set!! 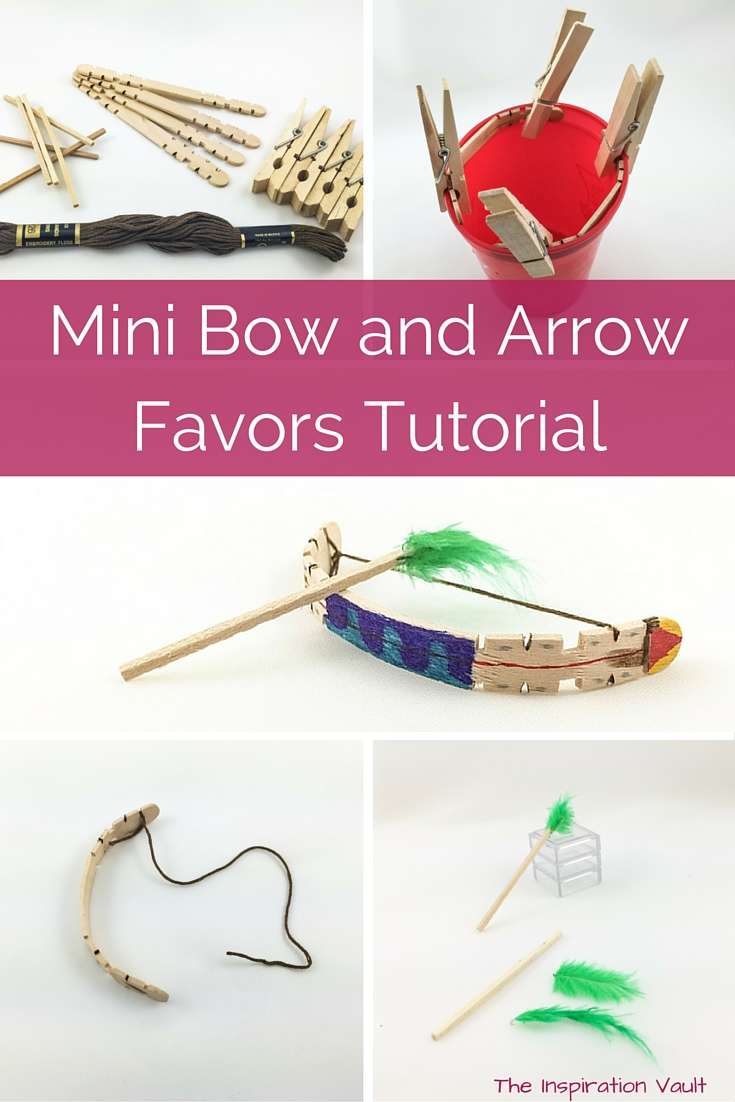 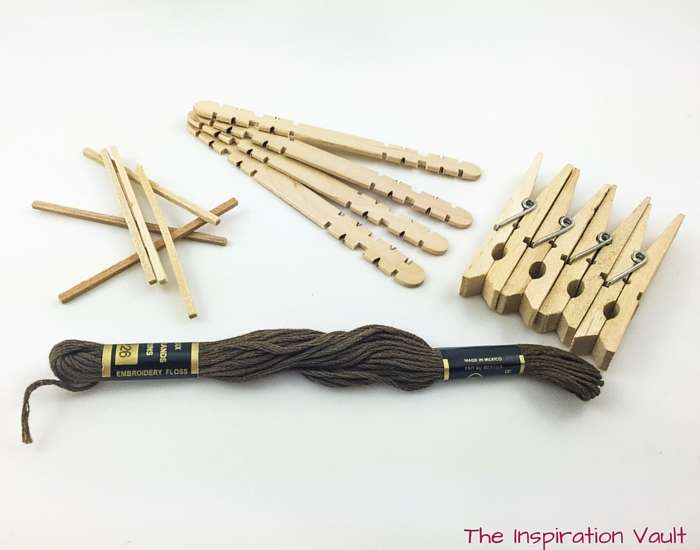 Step 1: Soak the craft sticks in water over night. The water will turn brown. 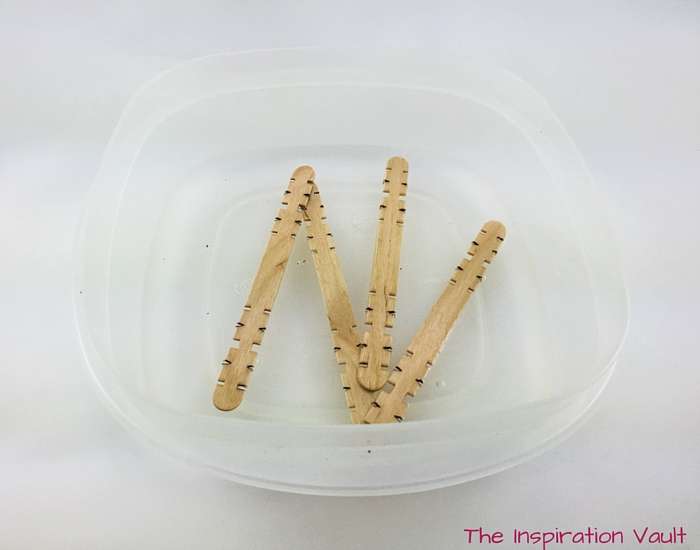 Step 2: Slightly bend the tip of the stick until it gives a little.

TIP: Don’t bend it too hard or fast or the wood will splinter, making it more susceptible to breaking when in use.

Step 3: Take the stick and curve it to the inside of the cup and secure with clothespins. 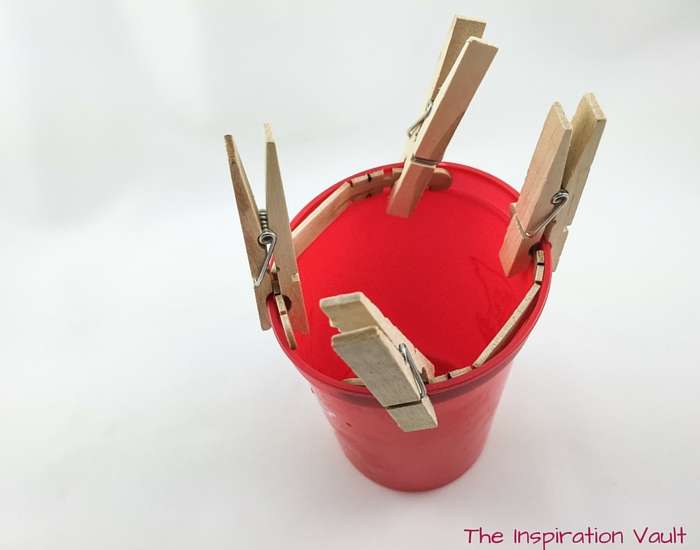 TIP: You can usually fit two sticks per cup. And if the cup is losing its natural form place another cup inside of it.

Step 4: Let the stick dry completely in the cup and remove when dry. 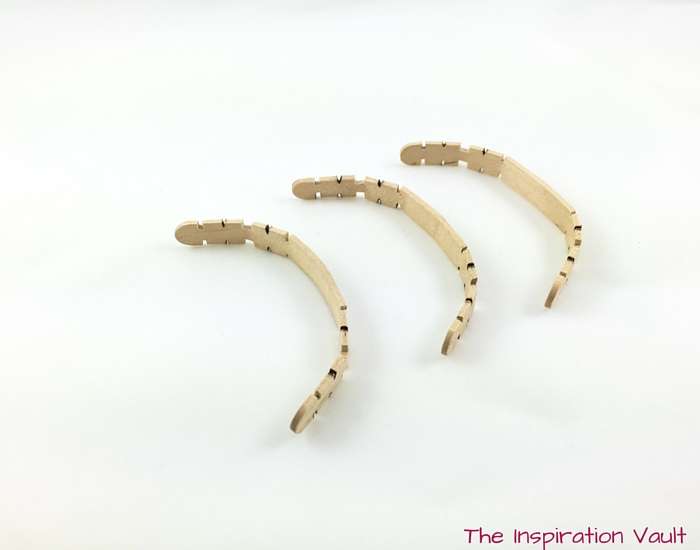 Step 5: Cut a 6-inch length of embroidery floss. Tie one end of the string onto the first notch using a square knot. Pull it snug. 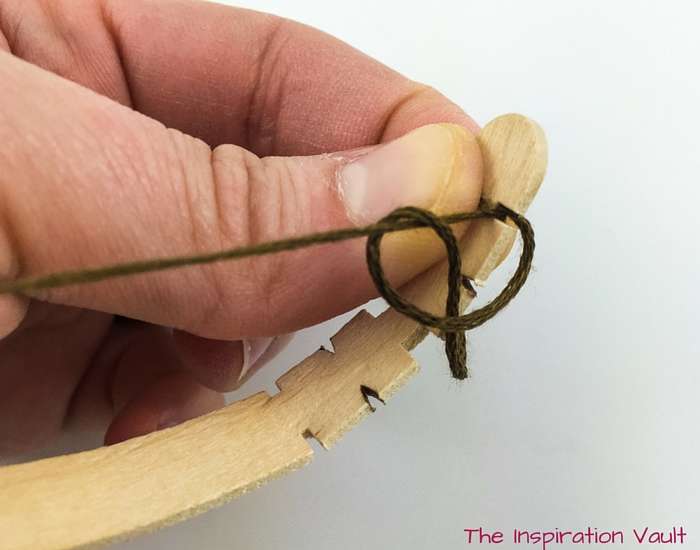 Step 6: Pull the string to the opposite end and wrap around the first notch. Pull snug to add tension to the string. 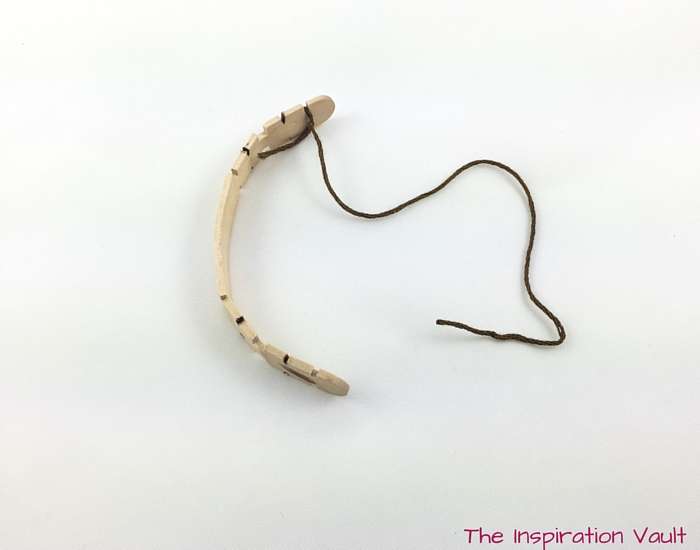 TIP: You should be able to hear the string when you flick it. 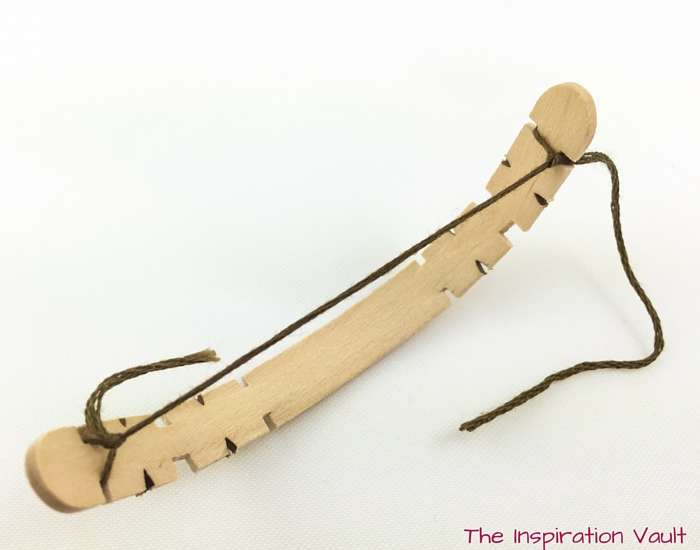 Step 7: While holding the string in place with your fingers, secure the string to the stick with another square knot. 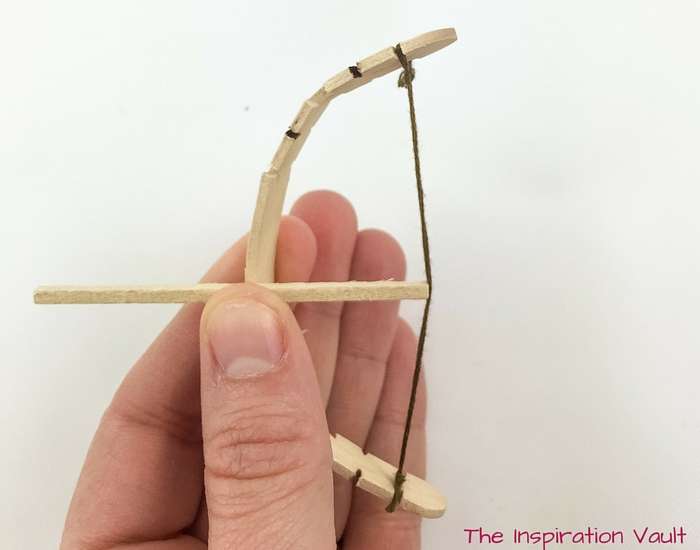 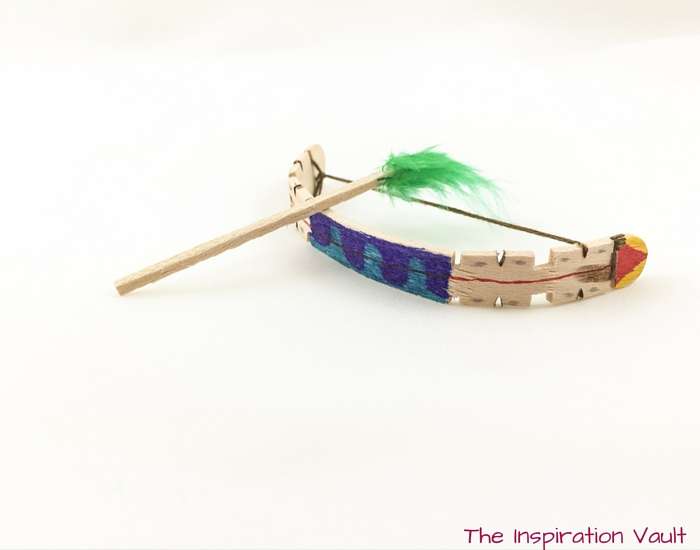 Here’s our Periscope video that shows how to make these Mini Bow and Arrow Favors:

We would love to see how you used your Mini Bow and Arrow Favors!

Do you need some more party favor ideas? Check out our Party Favor Inspiration Pinterest board! 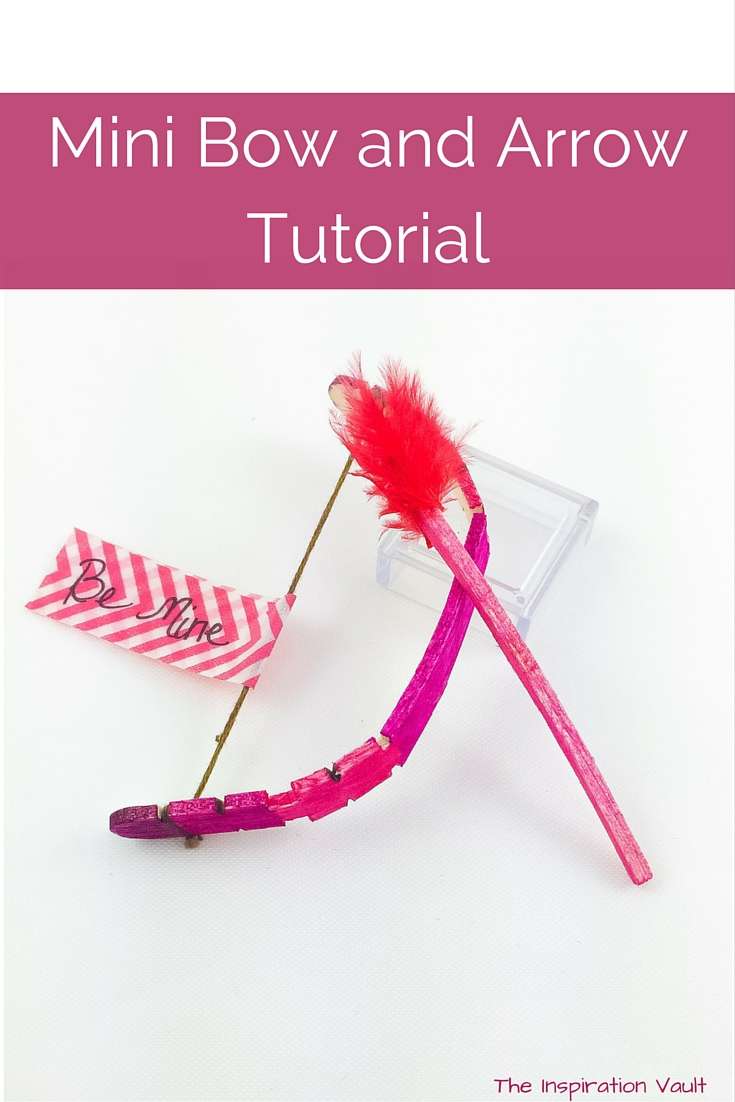