I don’t think I could count how many times I have watched the Harry Potter movies since my son found out about them. Since he loves them so much,  for his 6th birthday he wanted to do all the Harry Potter movies. This was not an easy thing to do. Having visited the Wizarding World of Harry Potter the year before, I knew that first and foremost, we had to have Butterbeer. No Harry Potter Themed Birthday would be complete without it. I spent about a month looking from site to site trying to find the one that sounded like it would taste good and be easy enough to make for the party. The recipe I settled on was delicious. It was so easy to make, too! I will get to that later… I wish I would have taken better pictures and more pictures, but I didn’t know when prepping for this party I would be blogging in the years to follow. But, I did find pictures for mostly everything! 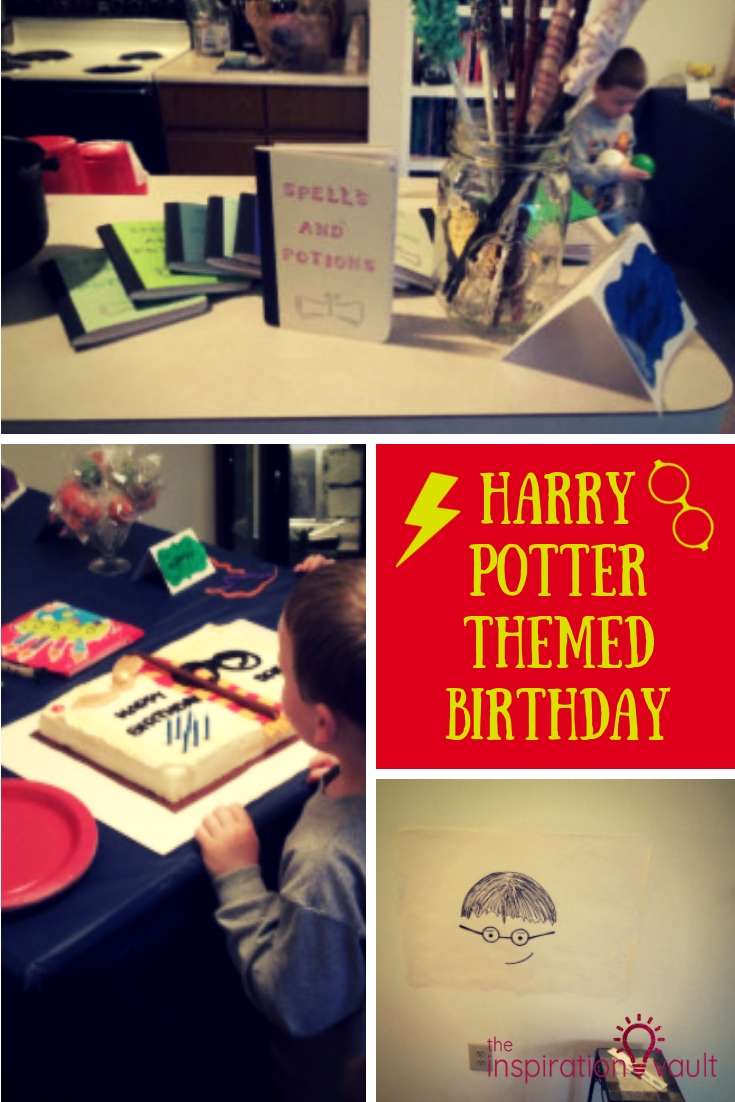 The first thing I did was make the Floating Candles. I cut and taped white computer paper into cylinders and then added yellow and orange post-it note paper that I tore to look like flames. 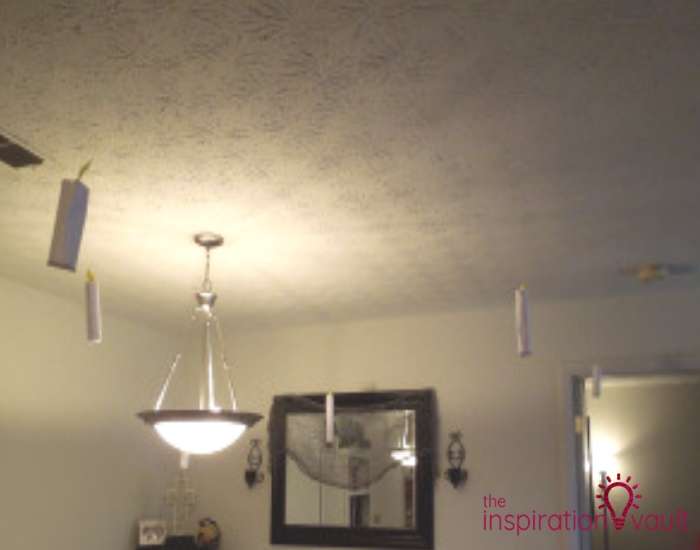 Normally, I would show you how to make these, but they were such a pain that no one deserves that torture, lol. Since making these, I have found an easier, cooler way to do them via Pinterest, thanks to Centsational Girl! It so simple – paper towel and toilet paper rolls either painted white or wrapped in white paper and just insert a flameless tea light and a string. DONE! Centsational Girl also has a picture similar to what we did for the Hedwigs we sent home with the kids. (Sorry, no picture for them.)

For the floating keys, I took antique keys and tied white tulle, cut about 1 to 3 inches wide, for the wings. I used fishing line to hang them from the ceiling. (No picture for this either.)

Along with the Butter Beer, we gave the kids Harry Potter candy. This was a big hit!

We had several yummy treats: 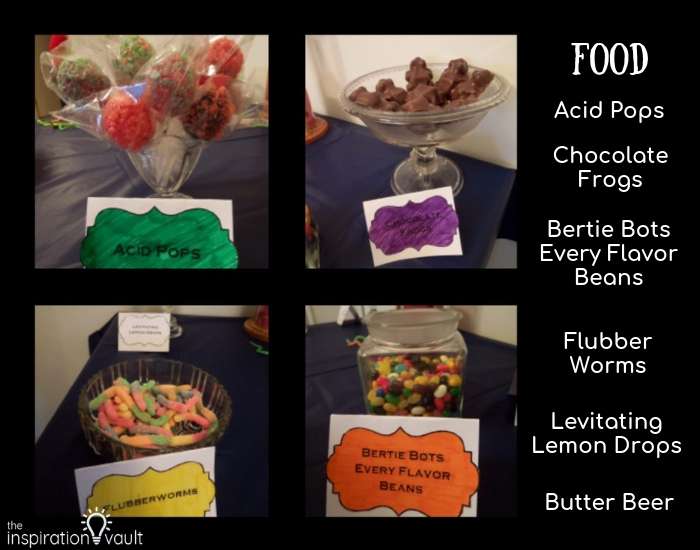 I challenged each kid to eat a “gross” jelly bean, too. They all did it; most spit them out after they found out what the flavor was. (WARNING – the “dog food” one leaves a HORRIBLE taste in your mouth for hours and the “dirt” one really smells and tastes like dirt.)

Put the Scar on Harry

I took craft paper and, as you can see, I drew a simple Harry Potter face. For the “scar” I went to the local tanning salon and bought lighting bolt stickers. They were a perfect size. They were even big enough to write the kids’ names on them.

This was pretty simple as well. I took a pool noodle and hot glued the ends together to form a circle. I made two of these for two teams. I bought little balls for the kids to throw through the hoop and then pass to the person behind them. First team to get through the line wins! (Sorry, no picture.)

The cake was made by my mother-in-law. My son wanted a cake with a wand on it so she made a really cool spellbook with a wand, a Snitch, Harry’s glasses, and a Gryffindor scarf. 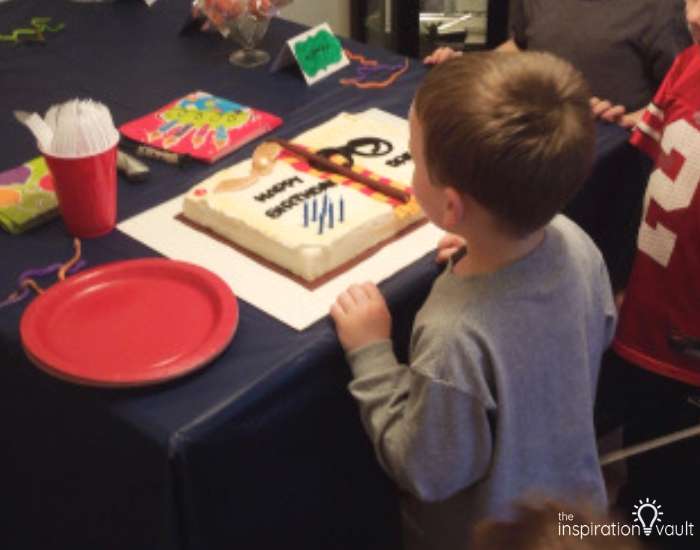 I tried to find something from all of the movies for the Party Favors. 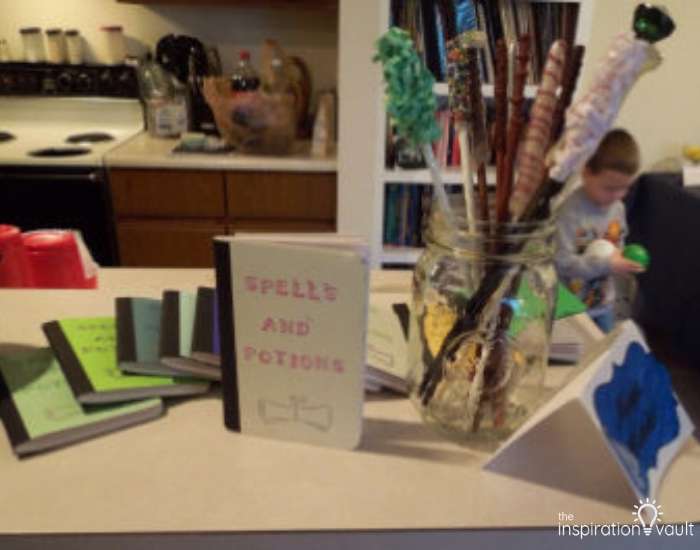 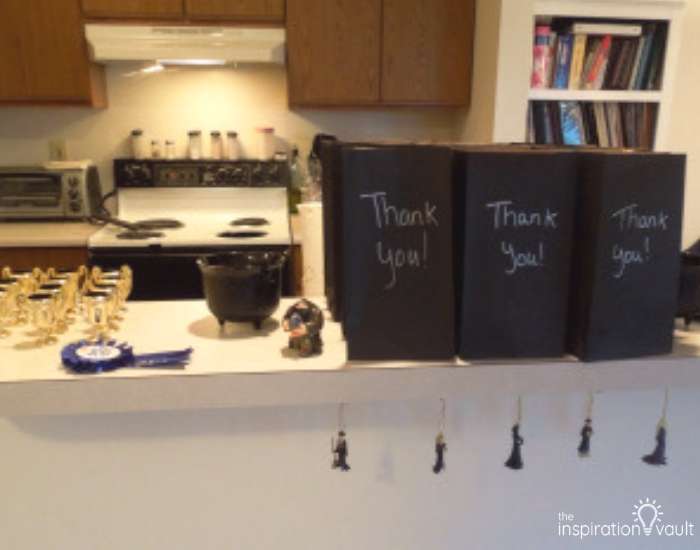 Let me tell you, the kids absolutely LOVED the wands and books. If you do nothing else for your Harry Potter Themed Birthday Party,  you must do the wands and books! I had parents tell me a year later that their child still plays with them. 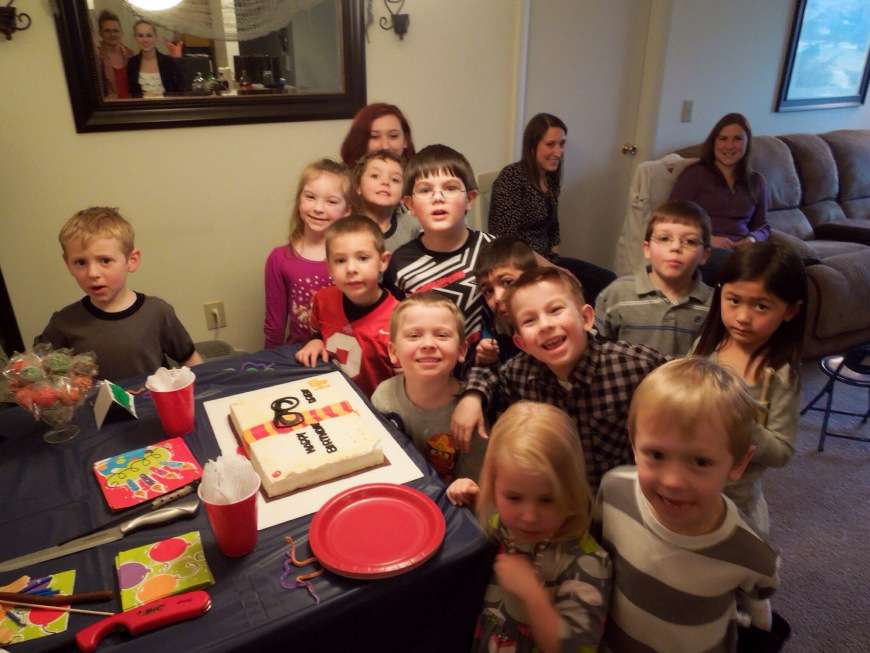